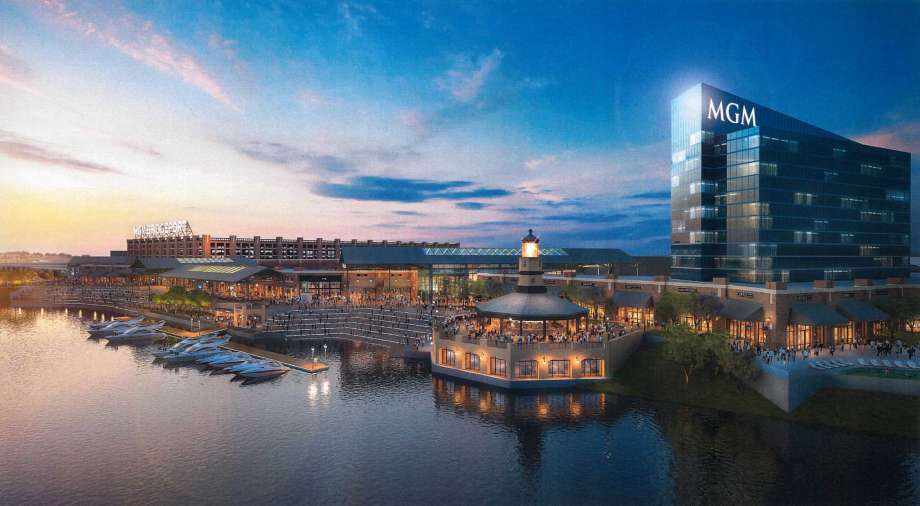 Barely three months after MGM Resorts International announced its plans to build a $675 million casino complex in the town of Bridgeport in Connecticut, it is facing the biggest hurdle to this huge investment. It may have taken a little longer than what was initially expected but now two of the Connecticut casino-operating Native American tribes have also shown an interest in building a casino in Bridgeport and now MGM has been forced to push for support from the town’s business community so as to pass some legislations that are crucial to turn the project into reality.

This real action began last Wednesday when the chairmen of the Mashantucket Pequot Tribal and Mohegan Tribe wrote a letter to the Connecticut officials expressing their interest in pursuing a joint venture in the town which also happens to border Connecticut’s southern border with New York. In the letter, the tribes reminded the state about an agreement that was established about 25 years ago and outlined a mutual financial benefit derived from the sharing of revenue from slot machines. The agreement further gave the tribes exclusive rights over the state’s gambling establishments – and this is the legislation that MGM’s management is trying to get overhauled.

According to MGM, Connecticut would be better off backing the casino operators venture into Bridgeport since the revenues it is bound to generate from the $675 million casino will be much higher – especially considering that the tribe’s contribution to the state’s annual stakes has reduced significantly, that is, from $430 million in 2007 to $265 million in 2016. The casino operator also recently advocated for a bidding process for the rights to set up shop in Bridgeport:

“We welcome the tribes’ interest in such a process, and urge state leadership, in the 2018 General Assembly session, to do what is truly best for the people of Connecticut,” MGM said on Thursday. “MGM has participated in competitive processes in other states, as have the tribes, and we are prepared to do so in Connecticut.”

“That the Tribes also see the tremendous potential of Bridgeport confirms our analysis that Bridgeport is by far the best situated location in the state for a commercial casino — and the only location with the potential to actually grow the State’s gaming revenue,” MGM Resorts International senior vice president Uri Clinton added.

However, the tribes are still not convinced and their spokesman Andrew Doba confirmed this a few days ago saying, “MGM can say whatever it wants, but the facts are simple. Their project would cost the state $1 billion or more in lost revenue. Continuing our partnership costs the state nothing and will in fact only enhance the amount of revenue the state already receives.”