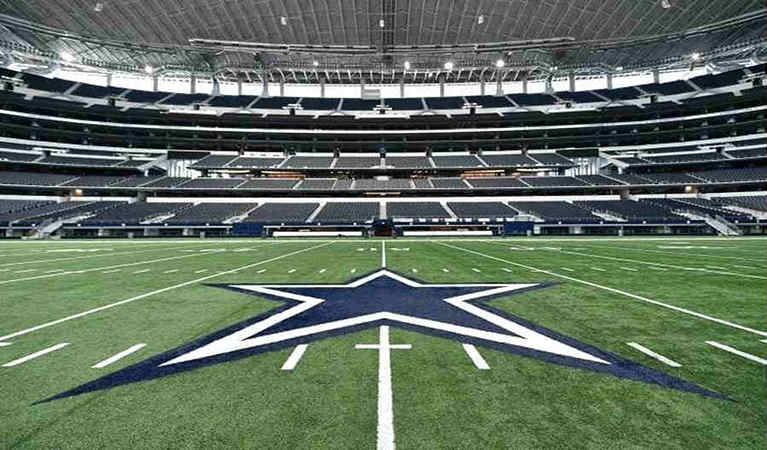 The NFL has is known for its strict anti-gambling stance, but the league is quickly changing its tune. Just days after announcing its newly relaxed rules regarding gambling advertising, the Dallas Cowboys have become the first time in the league to sign enter into a deal with a casino.

Teaming Up with WinStar

The Dallas Cowboys have announced that WinStar World Casino will be the team’s new corporate sponsor. It is a historic deal, as never before has an NFL formed a partnership with a casino. While specifics about the deal have yet to be reveal, it may include shirt sponsorships and advertisements featuring players from the Cowboys.

“The Dallas Cowboys take great pride in aligning themselves with the best brands in the world. It is a privilege to stand shoulder to shoulder as partners with such a prominent entertainment brand like WinStar World Casino.”

It is likely that this partnership is a result of the sports betting market continuing to expand across America. Ever since the government announced that sports betting is legal and can be regulated in individual states, many casino operators and sports leagues have expressed interested in getting involved in the market.

Earlier this year, the NBA announced its new partnership with MGM, which would see the casino operator become the league’s official gaming partner. The Dallas Cowboys’ deal with WinStar is likely to be similar, allowing for the sponsorship of the team on shirts and stadium branding.

This is an exciting time in the world of sports betting, as we are seeing more and more establishments embrace the idea of allowing spectators to wager on their favourite teams. With the NBA and NFL jumping on board, we wonder if the NFL or MLB will be next. They are sure to make a statement sometime soon.

It will also be interesting to see which teams start striking up their own deals with casino providers. The Dallas Cowboys are the first individual team to do so, and it is likely that other franchises will follow suit.

The world of sports sponsorships sees a lot of money being thrown around, with casinos and gaming operators spending millions to have their logos display on teams’ jerseys and in their stadiums. In European soccer leagues, it’s not uncommon for a company to pay tens of millions of dollars for a sports partnership.

There is huge potential for sports teams to make even more money by teaming up with gaming companies. It’s just a matter of time until we find out which teams are working with which betting operators.