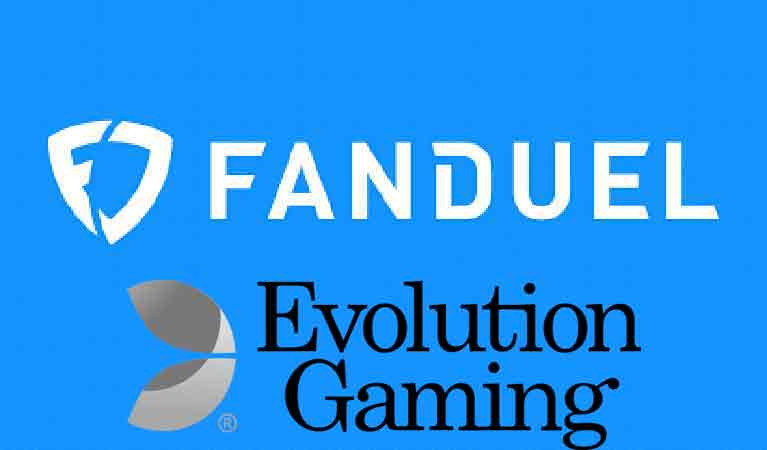 FanDuel, one of the biggest online gambling operators in the United States has made yet another leap in its growth plans. In addition to its existing sports betting and online gambling products, the company will also now be giving its customers the chance to dive into some live dealer gaming action. For this, FanDuel has partnered with Evolutions Gaming, one of the most popular online casino solutions developers and content suppliers.

The lucrative partnership between the two companies will allow FanDuel to tap into the growing live dealer gaming market. In addition to that, FanDuel will now also be able to complement its existing live game portfolio in New Jersey. Already, the company was offering some amazing casino titles from Ezugi, a company that was acquired by Evolution in early 2019.

For the FanDuel Group, Live Casino is a very important driver for its continued market growth in the United States. The addition of Evolutions highly-acclaimed live casino titles will certainly be a big boost for the growth plans and their ambitious bid to become an even bigger online gaming powerhouse in the United States.

Evolution has also been aggressively working towards extending its footprint in the United States. Its partnership with FanDuel is just the latest – it already has some equally notable partnerships with the likes of PointsBet, BetMGM, and even DraftKings.

“Late last year we signed a landmark deal with Flutter Entertainment brands Paddy Power and Betfair. Now we are delighted to be working with another Flutter brand, FanDuel, in the fast-growing US market.”

The Live Casino segment aside, FanDuel has also been aggressively pushing its sports betting product. It already boasts of a pretty strong presence across several states where sports betting has been legalized and regulated. Its most recent launch was in Tennessee where it is not only offering online gaming but it has also debuted some pretty impressive mobile gaming offerings. This means that the state’s residents can not only play on their desktops but can also play on-the-go on their iOS or Android-powered mobile devices.

As expected, the sports betting operator added a ton of great features to its sportsbook. Players can therefore look forward to safe and secure banking, super-fast payouts, in-game wagering capabilities, as well as excellent customer supports services. All of these features will go a long way in making the sports betting operators a force to reckon with in Tennessee. Hopefully, more of FanDuel’s offerings including the Live Casino product will make their way to the state.