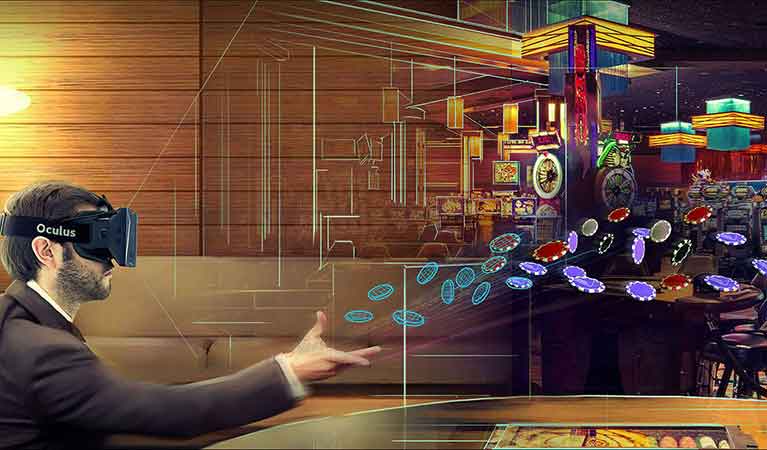 Needless to say, gambling is one of the industries that has proven time and time again to be very responsive to new technological trends. This began long before the internet ever came around and continued well after internet use exploded all over the globe. For years, various technological trends have directly or indirectly contributed to the way casinos operate as well as the kind of products and services that they are able to offer their customers.

Some of the most notable advancements have been on graphics enhancements that have allowed to such things as video slots as well as high-definition casino games, which were almost inconceivable a little over a decade ago. Not only have these advancements ushered in sweeping changes for the gaming industry but they have also incredibly enhanced the gameplay experience for the players. However, there is still certainly more exciting things to come.

Unlike virtual reality, which many people have already experienced or are familiar with, augmented reality works alongside the existing environment or world. As its name suggests, it basically implies that computer-generated imagery is augmented or projects onto the real world. The potential of this technology especially in the field of gaming was best portrayed by Pokémon Go a few years ago. That was just the beginning.

As mentioned earlier, the casino industry has been very receptive when it comes to newer technologies especially if the technology in question promised to provide even more engaging and rewarding experiences for the customers. Fortunately for the industry, augmented reality promised all that and much more.

The most likely candidate for some of the very first attempts of introducing augmented reality into the online gambling sector will be live casino gaming. This is an idea that has been swung around for years but now it finally seems that the technology is ripe enough to be considered by the gaming industry. Imagine having access to some form of Live Augmented Reality Casino – it will be just like having the casino brought right to you. Now, that is revolutionary.

By itself, the augmented reality business is set to become a multi-billion-dollar industry which means that its integration with casinos will make it even much more lucrative and valuable than it already is.  From sports betting to live casino tables, it will be interesting to see and experience what the casino industry will have to offer as soon as they form the right partnerships and get some projects going. Hopefully, by then even some of the issued plaguing the technology will have been solved.