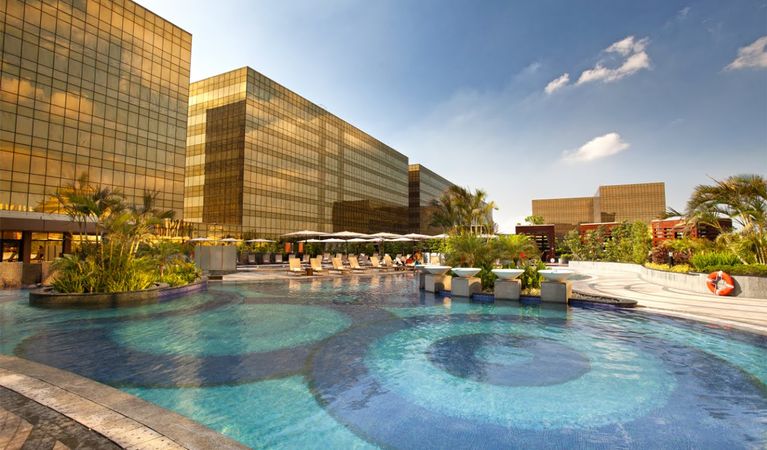 After the City of Dreams Manila pulled out from the Leisure and Resorts World Corp. or LRWC for short, the total income for the groups’ 1st quarter has plummeted by 69.7% this year. After the financial statements from the firm were released a startling picture has been portrayed, the value of net income for the first quarter of the year previously stood at PHP272.1 million or US$5.46 million but it is now only standing at PHP82.4 million or US$1.57 million.

The Causes of the Loss

The company did point out that if not for several unfortunate and uncontrollable acts the net income would have been slightly improved with an additional PHP34 million or US$649 338. One of the failures was noted as being LRWC’s actions of doing away with PHP173 million or US$3.3 million that was taken from the City of Dreams Manila project.

LRWC chose to sell its principal shares in the City of Dreams Manila to Belle Corp. through one of the company’s it owns AB Leisure Global Inc. during November 2016. LRWC was one of the chief investors in the project up until the 31st of March 2016. A further unfortunate event occurred when LRWC could not receive any of the PHP36 million or US$687 534 worth in tax assets and PHP15 million or US$286 472 in spent expenses for daily running’s in its Boracay casino establishment that has yet to be completed.

LRWC along with Galaxy Entertainment Group, its Macau-based partner, garnered a temporary license to establish a casino on the island of Boracay. However, the plan soon came to a halt after the island had to be closed due to environmental concerns caused by tourism’s ill effects, amongst other things.

Yet, things were not entirely gloomy on the financial side of things, LRWC’s casinos pulled together and brought in a 35.7% increase in their total income, which is currently standing at PHP106 million. In addition, the Blue Chip Gaming and Leisure Corporation that LRWC owns outright managed to do rather well gaining an increase of 31.5% in net income and the gross income amounted to PHP338.7 million or US$7.42 million.

Moreover, LRWC’s online holding First Cagayan Leisure and Resorts Corporation, FCLRC for short, pulled in a total of PHP24.36 million or US$465 231 which was a gain of 114%. Looking into the future, the LRWC commented how the FCLRC would most likely be highly impacted by the new legislation that Philippine Amusement and Gaming Corporation or PAGCOR is enforcing.