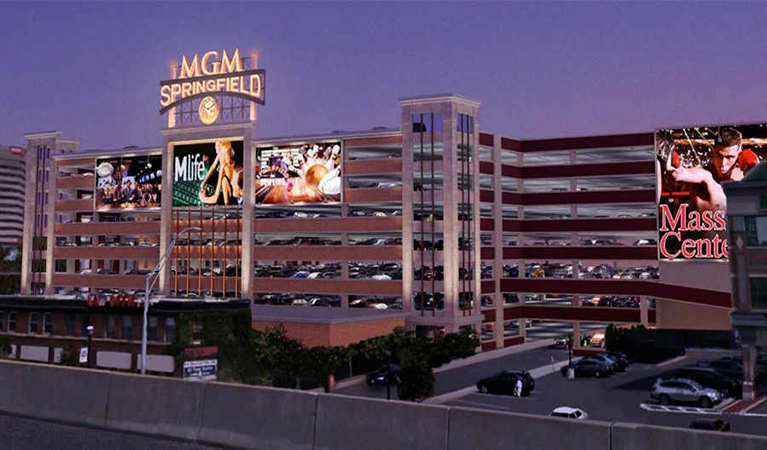 MGM Springfield is the first major casino to open its doors in the state of Massachusetts. The recently launched venue will bring Las Vegas-style gaming and entertainment to local players, while staying committed to promoting the history and culture of the city.

The new MGM Springfield property is more of a resort than a casino, as it also features a luxury hotel, shopping centre, concert hall, spa, and arcade. It is designed to be a full-service entertainment venue that will attract visitors with varying interests and of all ages. The property covers an area of about 14.5 acres (about three city blocks), and cost MGM over $900 million to build.

When it comes to gaming, the selection is impressive. There is a 125 000 square foot gaming floor that features 2550 slots, 120 table games, a high roller room and a poker room. So, no matter what type of gaming you’re interested in, you’ll be able to find something that will surely tickle your fancy at MGM Springfield.

As a visitor to MGM Springfield, you should keep an eye out for important touches that celebrate Springfield’s history. For example, the lounge and lobby area is decorated with items purchased from the Brimfield Antique and Collectibles show, including many vintage Milton Bradley games and copies of Merriam-Webster’s Dictionary.  In fact, the shelves are lined with books from local authors and even contain yearbooks.

In the hotel, the Presidential suite features a large chandelier decorated with the many hats of Dr Seuss, the world-renowned children’s author who hails from Springfield. Throughout the hallways of the hotel, lighting fixtures are shaped like his iconic glasses.

When it comes to the actual construction of the hotel, MGM wanted to preserve some of the original architecture. In 1895 State Amory building has been turned into a multi-use event and retail space while the stained glass dome from the United Electric Co is featured in the convention centre.

All of these interesting touches dispel any concerns that the MGM Springfield would be a soulless venture. When the casino resort was first announced, local residents express worries that bringing in  a Las Vegas-style venue would override the local culture – but the design of the MGM Springfield and its facilities proves that this is not the case.

The new casino resort in Springfield will also be an important boost to the local economy. At the time of its opening, over 3000 people were employed at the MGM Springfield, 35 of which are local residents. The venue is expected to generate $25 million per year for the city, and MGM even paid Springfield $15 million up front.