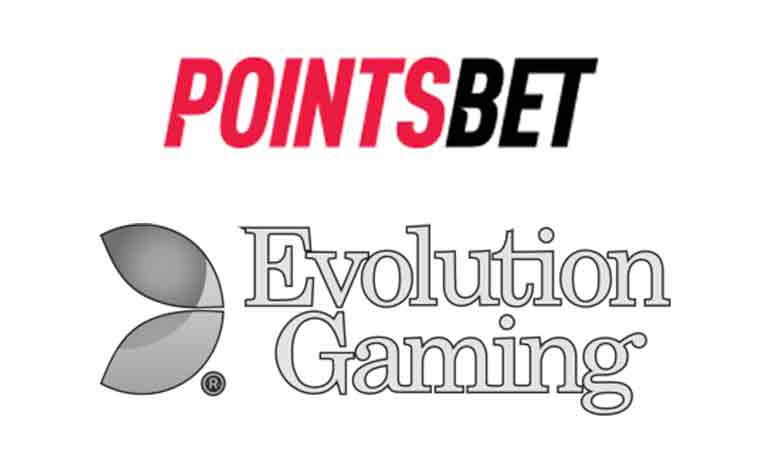 PointsBet, one of the leading online gambling operators in the world, has been considering some expansion plans in the United States. The company has recently pushed forward with these plans by selecting renowned Live Casino gaming solutions provider Evolution Gaming to power its live casino games.

As per the terms of the deal, Evolution Gaming will be the company behind PointsBet’s Live Casino services in the US. This means that the gaming operator will go live with Evolution’s online poker titles, table games as well as other branded content. It goes without saying that this will certainly be a huge development for both companies in the rapidly growing gaming market.

“We are thrilled to partner with Evolution Gaming to launch Live Casino technology in US jurisdictions, where we plan to offer our proprietary online casino platform. The addition of Evolution Live Casino extends the appeal of PointsBet’s premium product in the rapidly growing US market.”

As it stands, Evolution has already made quite an impression in the United States as well as other parts of the world. The company launched a Live Casino studio in Atlantic City, New Jersey back in 2018 and it is currently constructing a second US studio in Pennsylvania. This is certainly great for PointsBet which offers its services or has plans for some of these states.

Speaking on the new partnership, Evolution Gaming’s Chief Commercial Offers Sebastian Johannisson said that the in addition to its fan-favorite live game portfolio, its users will also have access to a “new generation of award-winning, record-breaking game show games.” The gaming solutions providers will also be offering PointsBet the option of using its exclusively branded dedicated tables and environments.

PointsBet was founded in Australia but the company has grown so big that it has been able to venture into several international markets. Needless to say, the US market is definitely a big deal considering the fact that it is one of the most lucrative and fastest-growing gambling markets.

The company officially made its debut in New Jersey way back in mid-2018 after being awarded a commercial license. It has since gone on to venture into the gaming markets of other states including Indiana and Iowa. There are also plans to venture out to other states but this is will depend on other factors including legislations.

Still, starting out in New Jersey seems to be the best choice. The online gambling operator will be debuting its online collaboration in New Jersey through a partnership with Twin River Worldwide Holdings. This will be followed by the launch of an online casino.