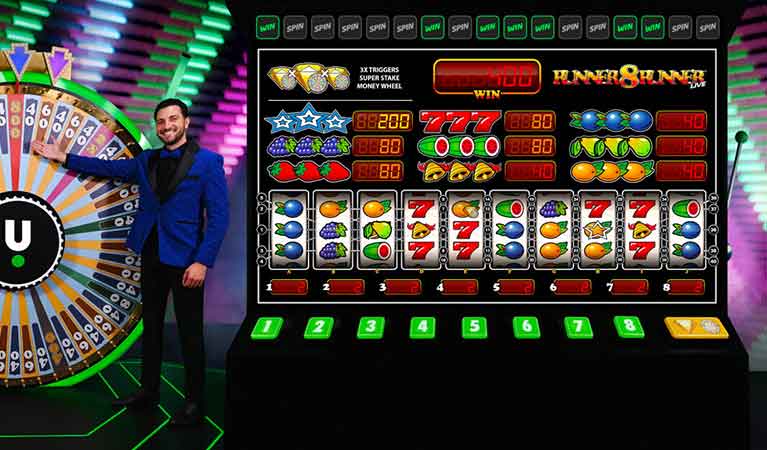 Leading Dutch live casino content supplier Stakelogic Live has expanded its cooperation with Kindred Group’s Unibet, a top-tier operator in that market. Unibet is now the first company to debut the exciting Runner8Runner live gameshow title as a result of this development.

All You Need to Know About Runner8Runner

Based on the popular fruit machine game, Runner6Runner, the live slot game show Runner8Runner is a ton of fun. This is a fantastic way to capitalize on the huge Dutch-language player base’s insatiable need for traditional slot content provided by Dutch-speaking game presenters.

The game features a host who stands at the side of the reels and is placed against a background of a slot machine. Regular players will recognize the many fruit icons (berries, grapes, lemons, melons, etc.) as well as the 7s and stars that appear on the reels.

As expected from a Stakelogic Live title, Runner8Runner is equipped with the ground-breaking Super Stake feature, which essentially doubles the player’s wager and raises the probability of the game’s extra feature being activated, making it possible for really crazy win combinations to materialize. When three or more diamond symbols appear on an active payline, a Money Wheel is triggered in Runner8Runner, giving players the chance to win up to 8,000 times their wager.

Raising the Bar for Live Casino Content in the Netherlands

Stakelogic Live recently announced the opening of a dedicated Unibet-branded studio in the Netherlands, which precedes the release of Runner8Runner. This shows that the organization has even more confidence in this market.

The introduction of Runner8Runner with Unibet has strengthened the bond between Stakelogic Live and its parent business, according to Stakelogic Live CEO Stephan van den Oetelaar. They anticipate Runner8Runner’s success on Unibet to be similar to that of the original game due to the game’s interesting and interactive design.

Also commenting on the debut, Pierluigi Rinaldi, Head of Exclusive Entertainment at Unibet (Kindred Group), said that Runner8Runner has set a new standard for live casino content in the Netherlands. The company is delighted to be able to provide this game to its customers first. They see Stakelogic Live as an essential ally in the Dutch market. Their content has resonated with their audience, allowing them to rise fast to prominence as the preferred gaming brand among online casino gamers and live dealer enthusiasts.