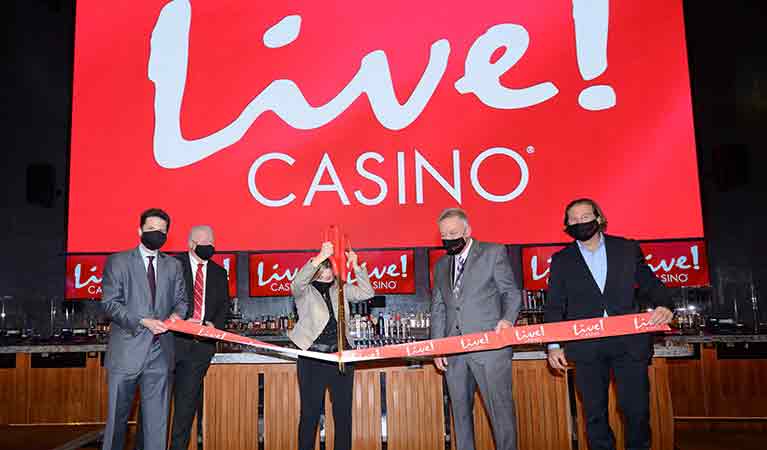 Last Tuesday, the Cordish Companies held a ribbon-cutting ceremony as part of its celebration of the forthcoming launch of Live! Casino Pittsburgh. The $150 million gaming and entertainment property is the first of the two Live! branded casinos that will go live in the Keystone State – the second is Live! Casino & Hotel Philadelphia and it is expected to launch sometime in 2021.

This happens to be the gaming operator’s ambitious plans to extend its footprint further across the Mid-Atlantic region. Its launch is, therefore, a major milestone that is set to significantly push the operator’s plans forward.

Massive Gains For The Region

Located at the Westmoreland Mall in Hempfield Township, the new gaming venue is set to open its doors to games on Tuesday, November 24 at 6.00 am. According to Jon Cordish, the Principal of the Cordish Companies, the Live! Casino Pittsburgh is a “world-class destination that will set the gold standard for gaming, dining, and entertainment in the region.”

This can already be seen by the moves that the company has made to improve the state of the community in the region it will be operating in. One of the ways the company has gone about that is by having its officials present some $15,000 checks to the Westmoreland County Food Bank and Sage’s Army.

That is just the beginning though. The new casino is also set to provide the region with up to $188 million in economic impact every year. A whopping $47.5 million is expected to the regional authorities in the form of tax revenues.

As if that is not enough, Live! Casino Pittsburgh will also provide over 500 new and permanent jobs to locals.

“To be creating hundreds of new permanent, well-paying jobs at this particular point in time is a real testament to the value this project is bringing to our region. I look forward to how the casino opening will bring renewed life to the Westmoreland Mall which has struggled under the recent Covid-19 restrictions and is a critical part of the commercial economy in Westmoreland County.”

Now, when it comes to the actual gaming experience at the facility, players can look forward to having access to 750 of the latest slot machines as well as about 30 state-of-the-art live-action table games. In addition to that, there will be a FanDuel Sportsbook for anyone who is into sports betting.

While the casino will be restricted to only guests that are over 21 years old, there will be space in the second level of the facility with a host of entertainment and food options that will be open to all. So, once you are done enjoying all the gaming action you can give yourself a break by trying out some of the first-class dining and entertainment options.