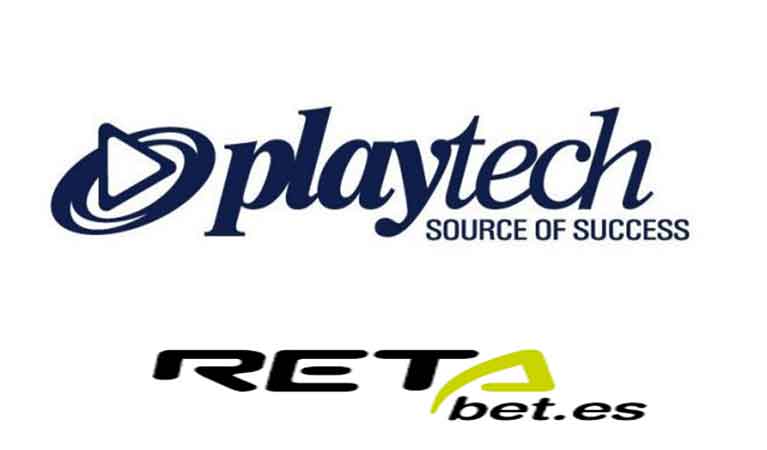 Renowned global omnichannel gaming company Playtech has recently announced that it has entered into a new strategic partnership with RETAbet which is one of the top sports betting operators in Spain. As per the terms of the new partnership, the companies will be offering an exclusive casino platform as well as a live casino suite to RETAbet customers.

Since its services are confined to the Spanish gaming market, RETAbet may not be immediately recognizable to anyone who is not from the country. Still, the technology company that specializes in sports betting has earned its place as a top player in the gaming market with over 15 years’ worth of experience.

Over this period, the company has been known to integrally develop its own betting platform which has made it one of the top companies especially in the retail channel where it boasts of an extensive sales network of over 2,300 points throughout Spain. These are facilitated by self-service terminals in RETAbets own self-service terminals, its shops, bingo halls, hospitality establishments, corners in lounges as well as casinos.

In addition to that, the company is considered to be one of the companies with the greatest projection and growth in the online channel thanks to a total of 7 autonomous licenses and a state license to operate throughout Spain. It is also the latest major European gambling operator to partner with Playtech in the online casino sector, a move that has since reinforced Playtech’s role as the go-to technology partner in both regulated and emerging gaming markets. The deal is also very timely as it comes just shortly after Playtech’s entry into the Swedish gambling market earlier this year and the launch of its first regulated casino in Poland late last year.

More on the Partnership

RETAbet will benefit from Playtech’s tailored technology suite of established high-performing games that will consist of a ton of new and innovative titles all of which will bear Playtech’s industry-leading technology and data-driven solutions. This means that customer of RETAbet.es will be able to play a considerable range of Playtech’s most popular casino games and online slots. Furthermore, RETAbet will also have access to the gaming technology provider’s data-driven and the CRM capabilities of Playtech’s IMS platform.

According to Mor Weizer, the Playtech CEO, the new partnership is part of the company’s plans to puff up its portfolio and track record which involves working alongside its licensees to ensure that they are the forefront of innovation in their respective markets.

“This deal is a prime example of our strategy to partner with, and invest in, the leading brands, and we look forward to working with RETAbet to bring our top-quality casino content to the Spanish market,” he added.

Already, Playtech has a presence in 17 countries across the globe and this number is set to continue growing as the company continues to partners with and invest in some of the top brands in both existing and new gambling markets.